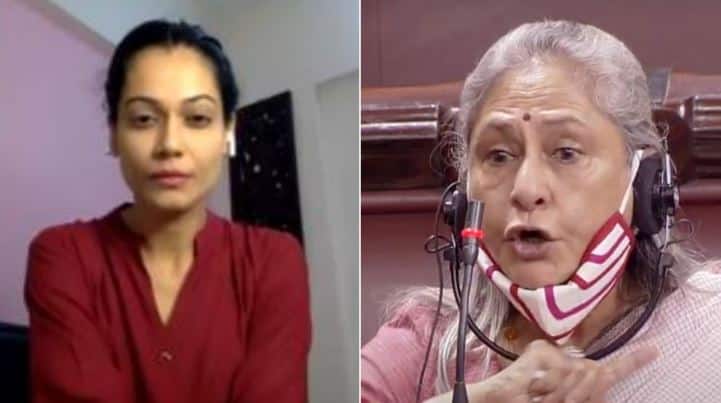 New Delhi: Actress Payal Rohatgi has slammed veteran star-MP Jaya Bachchan for her Rajya Sabha speech alleging that a continuous attempt to defame Bollywood is being made. Jaya Bachchan’s speech was an indirect jibe at actor-politician Ravi Kishan who on Monday claimed that drug addiction exists in the film industry.

While most of the celebs in Bollywood have given their support to Jaya Bachchan, there are a few who have condemned her speech, including Kangana Ranaut. The ‘Fashion’ star slammed the veteran actor for her speech and now, actress Payal Rohatgi has also hit back at her.

Payal further said that Bollywood stars do consume drugs. “Why didn’t you stand for Kangana? You should have supported her as she belongs to your industry,” she says in the video.

“I was really embarrassed and ashamed yesterday one of our members in the Loj Sabha, who is from the industry spoke against (I am not taking the name) the film industry. It is a shame ‘jis thali mein khate hai usi me chhed karte hai’, galat baat hai. I need the protection, this industry needs protection and support of the government”, Jaya Bachchan said.

Ravi Kishan had on Monday said that drug conspiracy is a big issue and has affected Bollywood, urging the government to take strict measures against the culprits. He even said that drugs come to India via China and Pakistan, as part of a larger conspiracy to target the youth of our country.

The drugs conspiracy has become the talking point in Bollywood after Rhea Chakraborty, her brother Showik and several other names emerged in the Sushant Singh Rajput death case.

New Delhi: The Forensic Department of the All India Institute of Medical Sciences (AIIMS), which has been roped in by the Central Bureau of...
Read more
Entertainment

Game of Thrones fame Hafthor Bjornsson aka ‘The Mountain’ and wife blessed with baby boy – First pics inside! | People News