‘No Lockdown’: Doctors Warn of Massive Health Crises & Upheaval to Come Due to Shutdowns 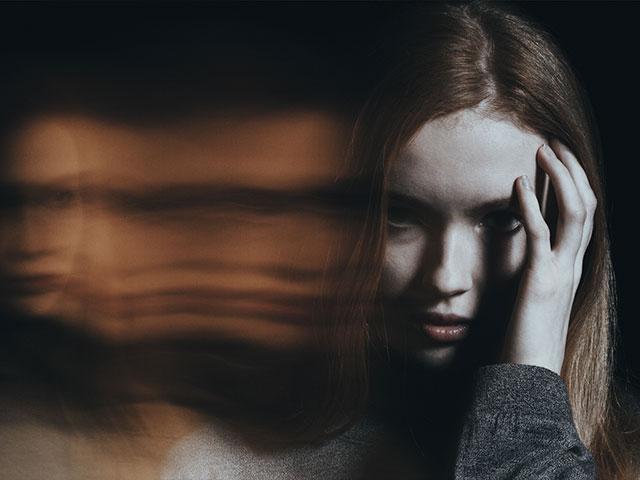 A growing number of doctors are trying to show why they believe lockdowns and shutdowns are doing more harm than the coronavirus itself. More than 1,200 have banded together in the group A Doctor A Day, and at SecondOpinionProject.com, they are presenting their case for why the lockdowns have been a medical disaster.

“We’re looking at an increase in tens or hundreds of thousands of just suicides alone from the increased unemployment,” explained Dr. Paul Fronapfel, a pediatric anesthesiologist.

‘Every Town, Every City’

Dr. Simone Goldm, who helped found A Doctor A Day and said, “Cases of depression or of drug abuse that were in check have gotten worse.  We’re seeing that all over the country — every town, every city.”

Addiction specialist Dr. Molly Rutherford added, “The morbidity and mortality from joblessness and from mental health crises and relapse and suicides, homicides, shootings — all these things — are just going to continue to get worse.”

The doctors in this Second Opinion Project warn the coronavirus has been overhyped.

“The message has been disseminated that this is some terrible infection that’s a killer; that everybody is at risk of dying,” said cardiologist Dr. Daniel Wohlgelernter. But he pointed out, “We know that 99.7 percent of people that get infected with COVID survive.”

Fronapfel added, “Ten times as many people die from other things on any given day.”

Dr. Mark McDonald, an adolescent and adult psychiatrist, brought up children, saying, “The risk of death to children from flu, seasonal flu, is 20 to 30 times higher than that of the coronavirus. And yet we have never closed schools. We have never asked children or teachers to wear masks, to play separately, to eat separately, to arrive and leave separately from schools because of the flu.  And now we’re doing that for the coronavirus.”

‘This is Child Abuse’

“In my opinion, this is child abuse,” he said of the fear being infused in kids. “I am absolutely appalled and I think it makes no scientific or rational sense whatsoever.”

Gynecologist Dr. Olga Swanson suggested, “We cannot lock up our young generation in the house for the next 12 or 18 months while we’re waiting for a vaccine.”

That could be a vain hope, according to plastic surgeon Dr. Joel Singer, who pointed out, “There has never been a successful coronavirus vaccine.  The last one they tried was the original SARS epidemic. They tried a vaccine. It killed all the (trial) monkeys.”

‘Nothing That Can Replace a Childhood for a Child’

“We’re talking about not only social isolation, depression, boredom, but we’re also talking about a strategic loss in education,” said ophthalmologist Dr. Jane Hughes. “If you take a look at Boston and some of the other places where they had online schooling, 20, 30, 40 percent of students didn’t ever log in.”

Hughes concluded, “So I think we’re going to see the ripple effects, psychologically, socially, emotionally for a long time to come.”

“What is driving the current response to this coronavirus is pure and unadulterated hysteria,” McDonald said. “This is actually a full-on societal anomaly that has infected virtually everyone in the country to some degree.”

He said of this COVID obsession and terror, “We have to understand that it’s nonsense.  Otherwise, we’re going to be locked into that in perpetuity.”

“It seems that people think it’s more contagious than it is,” addiction specialist Rutherford said, adding it takes more than a casual passing by of an infected individual. “People who catch this virus are in close proximity for several minutes, possibly even an hour or two with the infected person.”

Sunlight Kills It in a Second

The best place to be is not inside, but in the great outdoors, according to plastic surgeon Dr. Joel Singer, who said, “When you’re outside, the sun is shining, the chances of spreading this disease are practically zero.  If this virus gets hit by sunlight, it dies in a second.”

So after all the guff people have taken for being outside, Rutherford commented, “This virus is very unlikely to spread outside, so it doesn’t make any sense that parks and beaches are closed at this point.”

Many of doctors involved in the Second Opinion project tell of people who’ve died because they were too scared of COVID-19 to go to the hospital.

Cardiologist Dr. Steven Hearne said of one man suffering heart pain who refused to go, “He declined because he was afraid he’d catch the virus. He basically waited till the last minute.  9-1-1 was called. EMS showed up and he arrested right there, had CPR, and didn’t make it.”

Dr. Lionel Lee, a specialist in emergency medicine, spoke of another man and his family.

“As he got weaker and weaker, they didn’t know what to do because they were getting constant bombardment from the news, saying ‘stay home, don’t go to the hospital: you’re going to get COVID,'” Lee noted.

When his family realized he was dying, they got him to Dr. Lee, who reported, “We coded him for about 30 minutes and he passed away.”

“I have had several colleagues who have told me that they have had patients die on them,” Lee added.

Rutherford said of her own recent experiences, “I’ve had several patients who were worried about going to the Emergency Department when they clearly needed to go.

And cardiologist Hearne added, “I still have several patients who are afraid to come to my office. They’re afraid they’re going to catch it on the street walking down the road.  And that’s just not the case.”

For anesthesiologist Dr. Andrew Zak, this is personal.  He said on SecondOpinionProject.com, “The example that really hits home the most is my own mother.  She became ill, and she’s also very debilitated and has dementia.  Her caregiver was very concerned.  However, my relatives, they were very afraid to bring her into the hospital.  And now it turns out, two weeks later, she indeed did have a stroke, which went undiagnosed and untreated.  And at this point, she is now in much worse condition, and it’s just been devastating.”

‘Patients are Getting Tossed Aside Right Now by Bureaucrats’

But there have also been people kept from getting absolutely necessary medical care because that care was labeled non-essential.

Which led plastic surgeon, Dr. Alina Sholar, to say, “Patients are getting tossed aside right now by bureaucrats focused on the virus with a total lack of consideration for the future care and the future health of everyone else.”

Even Dr. Anthony Fauci recently warned on CNBC that the lockdowns could cause “irreparable damage.”

Rutherford explained, “The consequences in terms of mental health for many of my patients and many people throughout this country are devastating.  And it’s going to get worse the longer we keep our economy locked down.”

‘This is a Lives for Lives Situation’

Dr. Alfonso Di Carlo said of the government figures clamping down on citizens, patients, and physicians, “We need to start rising up and telling these officials, ‘look, we respect you, but you’re not a doctor.”

He went on, “In this country we have rights.  All our people in this country, we’re endowed by our Creator; we have rights and civil liberties.  And we get to choose what we want to do — not have government dictate medical health care issues on us.”

The doctors involved in the project represent more than 21,000 years of medical practice have even written to the White House, warning, “The millions of casualties of a continued shutdown will be hiding in plain sight, but they will be called alcoholism, homelessness, suicide, heart attack, stroke or kidney failure. In youths, it will be called financial instability, unemployment, despair, drug addiction, unplanned pregnancies, poverty, and abuse.”

STAY UP TO DATE WITH THE FREE CBN NEWS APP!
Click Here Get the App with Special Alerts on Breaking News and Live Events!

Anticipated COVID-19 Outbreaks in Schools Have Not Arrived, According to Early Data

ABOVE: Dr. Neal McCluskey, director for the Center of Educational Freedom at the Cato Institute, appeared on the Tuesday afternoon edition of CBN's...
Read more
Health & Fitness

Doctor’s Bold Claim: Dementia and Alzheimer’s Can Be Made Rare Diseases

Just like a roof with dozens of holes can only work if all of them are repaired, Alzheimer's has dozens of causes that...
Read more
Health & Fitness

Ohio: A new study indicates that a growing number of women are either using cannabis or want to use it for the management...
Read more

COVID-19 Positive Himanshi Khurana Rushed To The Hospital After Her Oxygen Saturation Level Went Down!