Home Lifestyle India's Consumer Inflation Rate At 6.69% In August Compared To 6.73% In...
Lifestyle

India’s Consumer Inflation Rate At 6.69% In August Compared To 6.73% In July; Data Above RBI Goal 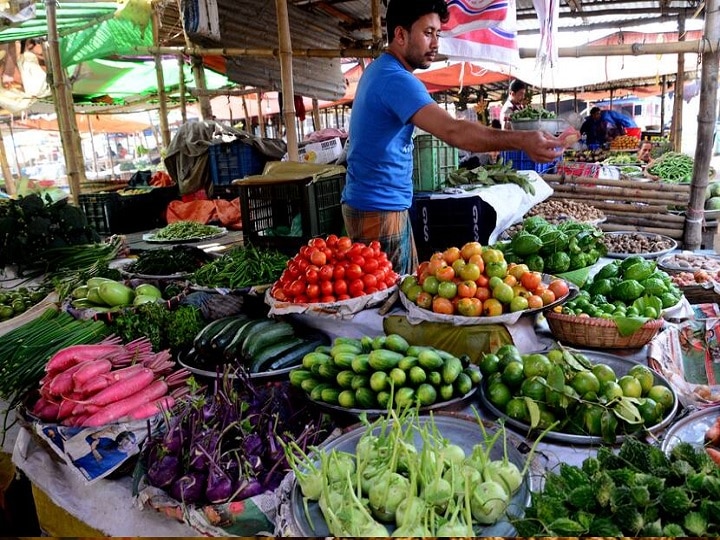 As per the data released by the Ministry of Statistics & Programme Implementation (MoSPI) retail inflation growth across the country eased to 6.69 per cent in the month of August, a notch lower compared to 6.73 per cent in the previous month and slightly better than economists’ estimates.

The retail inflation which is measured by the Consumer Price Index (CPI) had risen 6.73 per cent in the month of July. The government had last month revised the CPI for June to 6.23 per cent from 6.09 percent.

The consumer price index (CPI) data for the months of April and May were not released by the Centre due to insufficient data collection amid the coronavirus pandemic and the lockdown that followed.’

Nearly 50 economists had expected consumer prices to have risen 6.85 per cent in August from a year ago, according to a poll conducted by news agency Reuters.

Analysts expect the central bank to keep key interest rates on hold for now. Last month, it had refrained from easing the monetary policy further, after months of aggressive cuts in interest rates, citing inflationary pressures.

The retail inflation has grown beyond the Reserve Bank of India’s (RBI) upper margin of 6 per cent. The government has mandated the Indian central bank to keep inflation within the range of 4 per cent with a margin of 2 per cent on either side.

However, in recent months, the central bank has shifted its focus to the revival of economic growth from keeping inflation under control, in a move aimed at minimising the fallout from the coronavirus pandemic, which has impacted economic and business activity significantly.

Walmart Eyes Stake In Tata Group’s ‘Super App’ For $20-25 Billion; Here’s How Will It Aid Both Entities

Mumbai: After reports emerged that Reliance Industries is trying to strike a deal with the US American retail...
Read more
Lifestyle

Industrialist Anil Ambani told a London court that he is a man with simple taste, has one car...
Read more