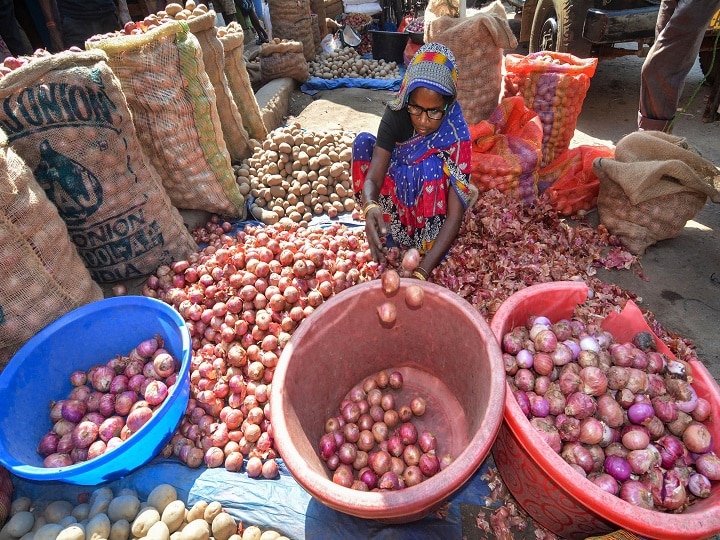 The ban also includes Bangalore rose onions and Krishnapuram onions, except those cut, sliced or broken in powder form.

It is worth mentioning that India is the biggest exporter of onions in the world. Countries such as Bangladesh, Nepal, Malaysia, and Sri Lanka rely on Indian shipments of the staple of South Asian cooking. The country exported $198 million of onions in the April-June period of FY21 and $440 million in the entire 2019-20.

According to the reports, the wholesale prices in Lasalgaon onion trading hub in the western state of Maharashtra have nearly trebled in a month to 30,000 rupees ($408.52) per tonne.

A Reuters report quoted Ajit Shah, president of the Mumbai-based Onion Exporters’ Association who said, “Excessive rainfall in India’s southern states of Karnataka and Andhra Pradesh has damaged summer-sown crop and delayed harvesting in other states.”

Last year in November, the price of onion really made the citizens of the country shed tears as it has become difficult to afford it. The prices of onion which were hovering around Rs 80 per kg in the month of August and September have suddenly shot to Rs 100 to 120 per kilo as the end of November month is fast approaching.

The issue even made an uproar during the Winter Session in Parliament, where Finance Minister Nirmala Sitharaman stroked a controversy after she said that she does not eat onion, and thus, it does not matter to her.

Walmart Eyes Stake In Tata Group’s ‘Super App’ For $20-25 Billion; Here’s How Will It Aid Both Entities

Mumbai: After reports emerged that Reliance Industries is trying to strike a deal with the US American retail...
Read more
Lifestyle

Industrialist Anil Ambani told a London court that he is a man with simple taste, has one car...
Read more