Home Blogs How merely a change of rule can draw more FDI in sectors...
Blogs 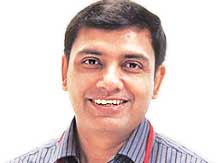 On Friday Prime Minister Narendra Modi met ministers and top officials of the finance and commerce ministries and discussed strategies to attract more foreign investments into India. This was necessary, and timely too. It was also a reminder that even though India had drawn $286 billion in investments between 2014-15 and 2018-19, a 51 per cent jump over the previous 5-year period, the government still felt it necessary to alter policies to attract more investments.


However, there is no need to change policies in many cases. The sectors that can draw most investments are those where entrenched domestic interests maintain the roadblocks.

One such is the insurance sector. Foreign direct investment (FDI) into this sector is at less than majority control, at 49 per cent, despite a budget assurance in 2018-19 that it would be raised upwards. Insurance intermediary companies, largely brokers and other mediators between companies and buyers of insurance, are allowed to take 100 per cent FDI.


Why is this so? Insurance is a capital-intensive sector. Unlike banks, where a loan can be made on the basis of the leverage of the deposits held, each policy written by an insurance company needs additional capital. This makes expansion of business in an insurance company costly. It favours the companies that have deep pockets. It is also necessary to give the insured a feeling of confidence that their risks are truly covered. The Insurance Regulatory and Development Authority of India (Irdai) has, therefore, prescribed a stiff 150 per cent solvency ratio for insurers. Yet, Indian insurance companies do not have deep pockets and would rather hide behind government policies to avoid competition from abroad.


This is the reason why despite the presence of 24 life insurance companies and 34 non-life companies, the needle of insurance penetration has hardly moved. In the past 16 years, it has risen by only 1 percentage point — from 2.7 per cent in 2001 to 3.7 per cent in 2017.


But the companies are doing well, except three state run non-life ones (New India, also state run, is doing well). They have chased profitability instead of growth to compensate for their limited capital, and this is the reason why all of them offer a narrow range of business with an overkill of motor, health and fire policies in the market. In the life business, the companies have chosen to concentrate their cover on the urban salaried population, for the obvious benefit of better mortality rates and the consequent scope of selling costlier products.


As a result, new-age risks are not offered, since they involve more pressure on capital. Delivery models are not improved to make these less dependent on brokers and channel partners, as there is no urgency to change these marketing strategies.


At the same time, the government also helps. States with weak finances do not want to run insurance cover for health or crops. They depend instead on models that do not draw out money from their budget. So, there is no competition among companies to offer cheaper products. The loser is the Indian, shorn of adequate insurance cover that unforeseen events like the coronavirus pandemic expose them to.


The prescription should be to allow more FDI in the sector so that management of these insurance companies passes on to well-financed companies abroad. It will also spur mergers and amalgamations in the sector, which will also yield the same beneficial result.


But no domestic insurance company will ask the government to break their cozy chain. Irdai did a survey among companies last year and passed on its recommendations to the finance ministry. It has not yielded results, because the lobbyists have been able to show that the jump from 26 per cent to 49 per cent has not yielded results. In the life insurance sector, against the 49 per cent headroom for foreign investment, the aggregate foreign investment is only 35.49 per cent. For non-life insurance, the headroom is wider. The space for foreign investment was utilised to less than half the permissible limit at 23.66 per cent as of March 2019. It is a circular reasoning, though. At 40 per cent, few foreign investors will come in. At over 51 per cent, the money will be more forthcoming.


Making this change to FDI rules does not require adoption of any new strategy of bringing investments into the sector. That is the only “fast-track mode” needed to become “more proactive in attracting investments”, as the government press release notes.

Facebook
Twitter
Pinterest
WhatsApp
Previous articleRemdesivir to the Rescue? New Drug Touted by Top Doc as Study Shows It ‘Blocks’ COVID-19
Next articleHome Self-Testing for COVID-19 Available to Public in Coming Weeks: Here’s How It Works

No more loans, what the consumer is really looking for is a tax holiday