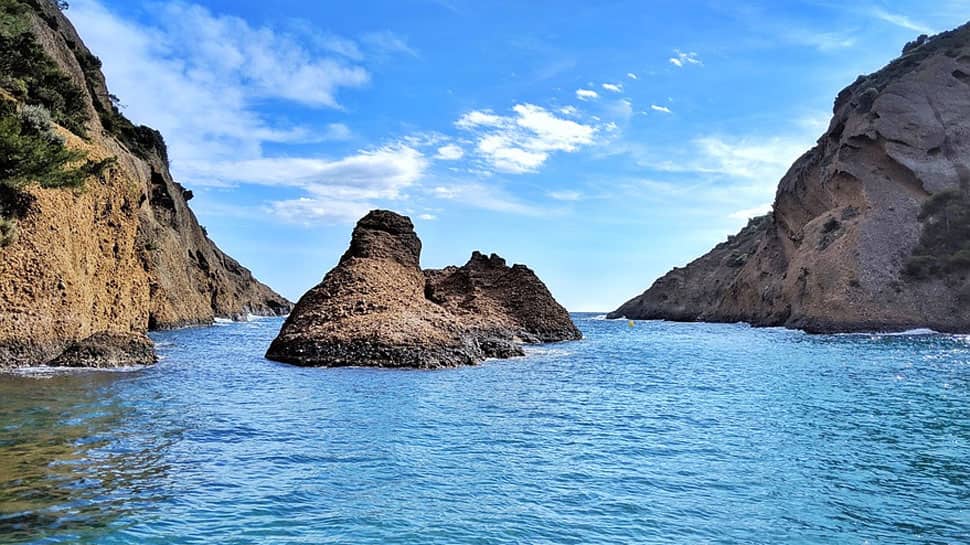 Looking to improve their fortunes, Delta Corp has purchased 100 acres of land in an effort to move their offshore casinos into India’s entertainment zone. The corporation is expected to create a one-of-a-kind integrated resort in the area, helping to rebound after the Covid-19 pandemic caused severe hardship to the casino industry.

The Covid-19 pandemic had a brutal impact on the casino industry. The land-based casinos were shut down, forcing many to move to online casinos as their only option. While these casinos provided users the option of still being able to play their favorite casino style games, the expectation was that players would one day return to land-based casinos.

These land-based casinos have been the heart of the legal gambling industry in India since Jaydev Mody started the Delta Group. Mody is famous as a “horse rider and sports bet punter” from the past, which helped to inspire his interest in legal gambling, although they also explained that he does not do that as much these days. Rajae Sаrhan said about him that Mody “loved to gamble, but he only took measured risks.”

The success of the Delta Group led to offshore casinos being developed. That proved to be very profitable, especially to the Indian state of Goa, which generated a significant amount of money in the first three years of operation. The state was able to add Rs. 189 crore in 2013 thanks to Rs. 79 crore going to the commercial tax department and Rs. 110 crore directly to the state.

Moving to the Next Level

Just a year ago, it seemed unlikely that there would be any significant changes to gambling in India. While there was some talk of expansion, this did not seem like it would become a reality. That is until Covid-19 hit.

With governments in India desperate to recoup lost tax revenue, the door has opened to giving Delta Corp the opportunity to open this state-of-the-art facility. The Goa Investment Promotion Board discussed the proposed resort project back in October and gave their initial approval to move forward. However, the official notice of approval was issued in December.

This news allowed Delta to inform investors about the granting of the new license. In a statement provided by the company, they explained to investors “We hereby inform you that the company has received an in-principle approval from the Goa Investment Promotion and Facilitation Board for setting up of an integrated resort consisting of hotels, convention center, multiplex cinema, retail area, electronic casino, waterpark, and other facilities at Pernem, Goa.”

The plan for the new resort-casino complex was laid out by the chief financial officer at Delta, Hardik Dhebar. The proposal provided details, such as the complex being approximately 5 km away from a new airport that will be constructed by the state-run government.

It was believed that Delta Corp had intended to create a new resort complex at Mopa, the site of a new airport complex. With casinos shut down for much of 2020 and the likelihood of these being closed at least through the first part of 2021, a significant issue regarding cash flow arose. This necessitated moving the plans for the development of the new complex to the front burner.

In their recent financial statement, Delta explained, “The general expectations are that normalcy could be gradually restored by the end of financial year 2020-2021.”

The Mopa plan is expected to take somewhere between 36 and 48 months to complete the entire project. When the complex is completed, all casino operations are expected to shift the location as well.

This will also necessitate a change in government policy. Currently, there are a small number of gaming establishments, either off-sure or on-sure, are allowed. This includes nine land-based venues that are based inside a luxury hotel.

The legality of the new complex has been in question, and a new draft to the current casino policy is being written to allow for the relocation into the Mopa zone. While the law will allow Delta to build a complex there, it has not been determined if additional casino operators will be allowed to move to the new zone.

One thing that is not expected to be changed is the use of live casino table games. These are currently restricted under gambling regulations, affecting all six floating casinos. This will mean that the new resort-casino complex will be more of an electronic casino with digital machines used in place of physical table games.

These casino operations had been shut down since the early part of the pandemic but were recently allowed to reopen. Strict conditions have been imposed, however, to ensure for the safety of staff and guests. This has included police accompanying inspectors to ensure that guidelines are followed.

Not That Surprising a Move After All

While the sudden approval by the legislative body to allow Delta Corp may seem surprising to some, it really appears to be the continuation of a plan by the Goa government to curtail waterborne gambling. Many in the legislature have been pushing the idea of forcing floating casino licensees to bring their operations on shore.

To create a hospitable atmosphere, they developed this new gaming zone near the Mopa airport complex located in the Pernem area. With the new airport currently under construction, it is believed that adding this resort-casino complex will only heighten the business and prestige at the new airport.

A True Visionary Delta Corp has reached new heights under chairman Jaydev Mody. In the last 15 years, he has helped to build Delta into a ₹800-crore gaming empire. This is quite a remarkable achievement in a country where gambling is often seen as a taboo activity. Politicians avoid discussing it during election time and, often, legislation expanding gambling is pushed to the side during legislative sessions.

Yet, through all this, Mody has found a way to turn Delta Corp into one of the most successful companies in all of India. In fact, it was listed as No. 374 in the India Fortune 500 list in May 2020. Since founding Delta, Mody has turned this into quite an expansive Empire. There are currently six off-sure gambling casinos that fly the flagship in Goa and Delta owns three of them. (There is one additional floating casino in India, the MV Lucky 7, but it ran aground shortly after taking its maiden voyage.) They also own the only land-based casino at their Deltin Suites Hotel.

Through an aggressive and innovative business model, they have attracted people from across the region and from all walks of life. This includes government officials, teachers, college students, seniors, among others.

Not Always an Easy Path

While he has turned Delta into a highly successful company, the road to that goal has not always been an easy one. He has faced constant opposition, especially from groups concerned about gambling addiction. However, the chairman has been adamant in his support for the activity.

“Smoking and drinking are more damaging than spending a fun night of gaming. But cigarettes and alcohol aren’t banned. And if people don’t gamble in a casino, they will go and play matka [an illegal form of lottery] and other forms of totally unregulated games, which can have more serious repercussions,” he explained.

As recent as March of last year, Mody had been pushing for the project near the new airport but was seeing a lot of opposition. That is until Covid-19 hit. At that point, he pushed state party officials to allow for the new resort-casino complex to be billed and was finally able to gain approval.

At the same time, Mody worked to increase his company’s online presence. Delta is now one of the foremost providers of online casinos in India. This has faced opposition as well, but many are seeing that gambling coming to the mysterious land is truly inevitable.

“Delta has built a great consumer business at a time when gaming—physical and online—has become a real thing,” explained Rakesh Jhunjhunwala, who owns a 7.5% stake in the company and sits on its board of directors.

Mody is not only the founder and chairman of Delta Corp but is also the majority stakeholder in the FC Goa football team. This team competes in the Indian Super League.

Beyond that, the chairman has plans to expand operations beyond India. It is believed that the first step in going international will be to expand in Kathmandu. The new casino operation will be part of a hotel complex built by the Marriott, which recently opened in Nepal’s capital city.

In a recent interview, Mody explained that he wants to be the main player in the gaming market in Nepal. A role he is already filling in Goa. “The plan is to grow there and attain market leadership in three years. We want to have four to six casinos and be the largest brand there,” Mody explained.

While Delta owns two hotels, it has never been the vision of Mody to get into the hotel business. He has sought to expand operations by building casinos as part of an already existing or soon to be existing hotel. The one exception is in the new complex in Mopa, where Delta will be the majority stakeholder in the entire complex.

To accomplish this goal, Delta has already started negotiations with five-star hotel owners in several different countries, including Sri Lanka. Recently, the company acquired land near the Colombo airport, but are facing challenges as the previous government had issued only to gaming licenses and both are currently being used. It will take some type of legislative change to enable Delta to set up a casino operation in the country.

Through the vision of Mody, Delta Corp is becoming one of the most powerful casino operations in Asia, maybe even on the earth. They have overcome a lot of obstacles, including societal norms and feelings that oppose gambling. Yet, they are thriving and are helping the country to rebound after a tough year caused by the pandemic.

It will likely be that within the next five years Delta will have operations in several other countries throughout Southeast Asia. This truly may become a global empire before the end of this decade.

Facebook
Twitter
Pinterest
WhatsApp
Previous article‘Projection Of Unscientific Medicine Slap To People’: IMA To Harsh Vardhan For Promoting Patanjali’s Coronil
Next article49 Immensely Gorgeous Places In Australia You Must Visit Before You Die